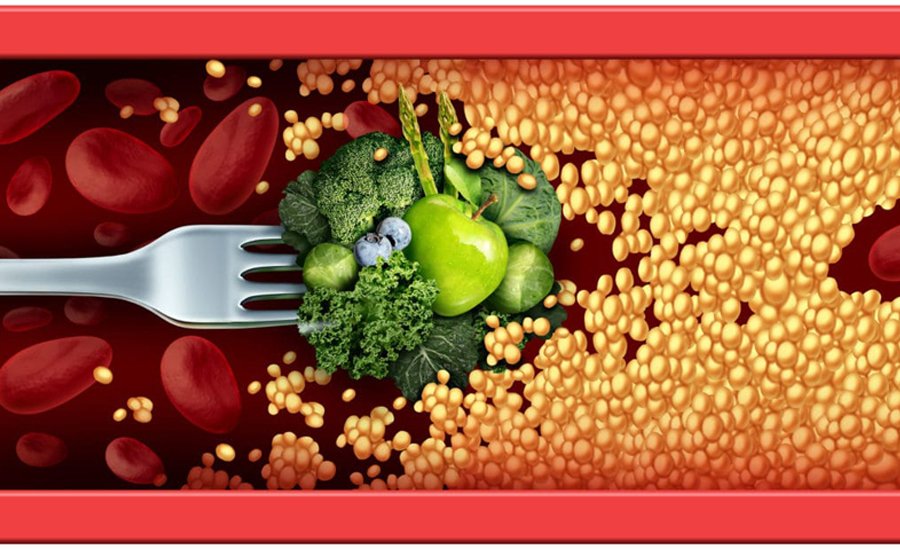 Cholesterol problems or abnormal lipid profile is also becoming very common in modern urban life. That’s also because of the lifestyle and wrong eating habits. Here we have some important steps towards improving a lipid profile.

Restricting your consumption of totally fried items and oil but also processed food like chips like sweets like bakery items. I also already mentioned earlier they definitely have to be restricted. Overall oil consumption has to be restricted to 1/2 kg per person per month no more than that if you already have high cholesterol. Total cholesterol and LDL levels you need to have nuts on a regular basis. And almonds and walnuts are superbly considered to be the most beneficial fight which examines. Two whole walnuts on a daily basis. Oats are again considered very useful for controlling high cholesterol levels. At least four times a week you need to have oats in your diet.

Next is fish. Eating fish at least three to four times a week is very beneficial for your heart health.so people living in coastal areas should definitely keep in mind and have fish more often compared to chicken. Chicken doesn’t have a positive role. It is a neutral effect on cholesterol but fish definitely has a positive impact on cholesterol levels. You need to include more fruits and vegetables in a diet. Out of times people in urban cities they don’t have enough fruits in the diet. So please make it a point to exercise regularly if you’re not able to do that in the weekdays complete it over. One tablespoon of flax seeds will be useful in controlling your high cholesterol levels.

In Metro cities, people work long hours at work and plus the commute is also long distances from their home. So that leaves very little time and inclination to exercise so that is also a very important thing. People are perpetually giving the excuse that we don’t have time to exercise. When do we exercise when we reach home at 10:00 10:30 in the night and leave again at 8:00 8:30 in the morning.

But even if there is a shortcoming in your exercise during the weekdays, we need to incorporate exercise in your daily routine like taking the stairs or walking to the train stop or at a station or the bus stop. So these things can be incorporated on our regular basis and if some copies also have the facility of a gem in their campus which can be availed off.

A lot of offices are air-conditioned so people say that we don’t feel thirsty and they forget to drink water. Water is very very essential for the well-being of your body and your health. So you can’t afford to neglect it so please keep a bottle of water on your desk. So that you don’t forget and moreover you should also have regular green tea and buttermilk even in your offices. A lot of times people get homemade lunch which is typically chapatis and bhaji that is not balanced meal itis not good enough. You need to supplement it with some protein in the form of either buttermilk.

Another typical problem is an evening we bring snacks what do we eat by evening snacks. Typically people go down to the canteen and end up eating all the fried snacks like made-over are and heavily buttered sandwiches and french fries. Which doesn’t do anything for your good health rather it is detrimental for your health.

The other thing which should have been kept on a regular basis is having a handful of dry fruits. Nuts and dry foods are extremely good for health but of course, they should be had in a limited amount. That is about a handful which is good. Roasted peanuts is again a very healthy option for an evening snack in offices.

Summer is approaching and it’s important that you don’t have too many heavy and fried food during summer. Because that’s very difficult to digest. You need to have more water-based items whether its fruits concentrate on things like watermelon, musk melon, lychee which are typically available during summer. And have more and more liquids in the form of buttermilk or it can be lemon juice. Also protects you against sunstroke. It’s extremely useful against that but you should also keep in mind and don’t have too many sweetened beverages.

It should not be very high in sugar and definitely avoid empty calories from colas. Because other than flavor they don’t have anything useful in colas. And it’s just detrimental for your health. Raw salads are extremely good in summer especially cooked which contains more than 90% water, curd and raita with vegetables is very soothing and refreshing.