Today nails may not just be a platform for contemporary design, but also a mirror of your general health status. The skin around your nails is usually much healthier and softer. 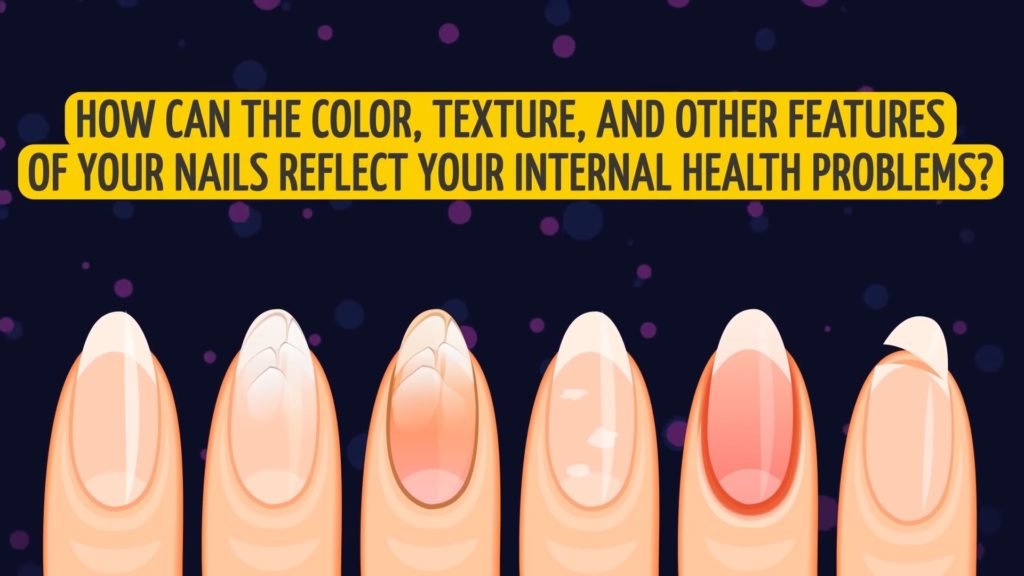 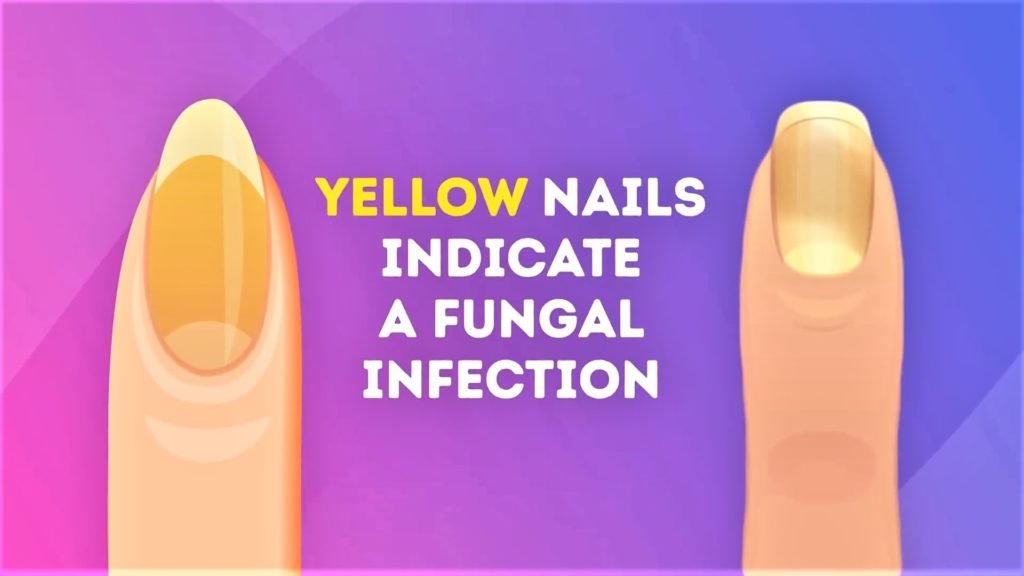 In most cases, yellow nails indicate a fungal infection, if not treated in time this condition can worsen and your nails can even acquire a greenish tint and become crumbly.

Other possible causes of yellowing include aging lung issues caused by smoking and frequent use of low-quality acrylic nails. 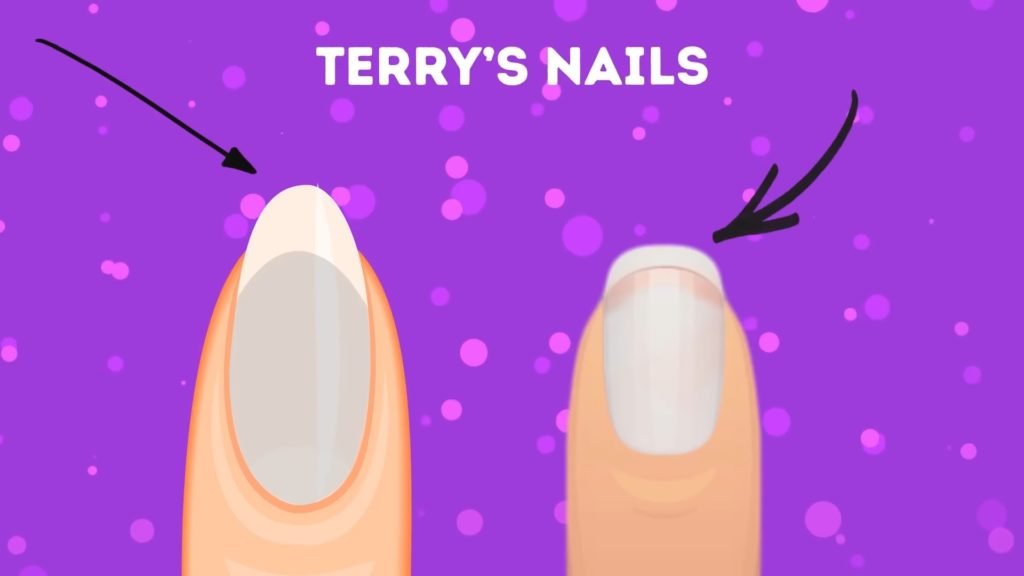 White nails with a strip of pink can be a sign of congestive heart failure, kidney failure, diabetes, and some liver problems such as hepatitis or cirrhosis. Sometimes Terri’s nails can also be caused by aging.

If your nails are extremely pale you probably have a nutritional deficiency or a circulation problem preventing the blood from reaching your fingertips. In severe cases, this can lead to anemia or an iron deficiency in your blood. 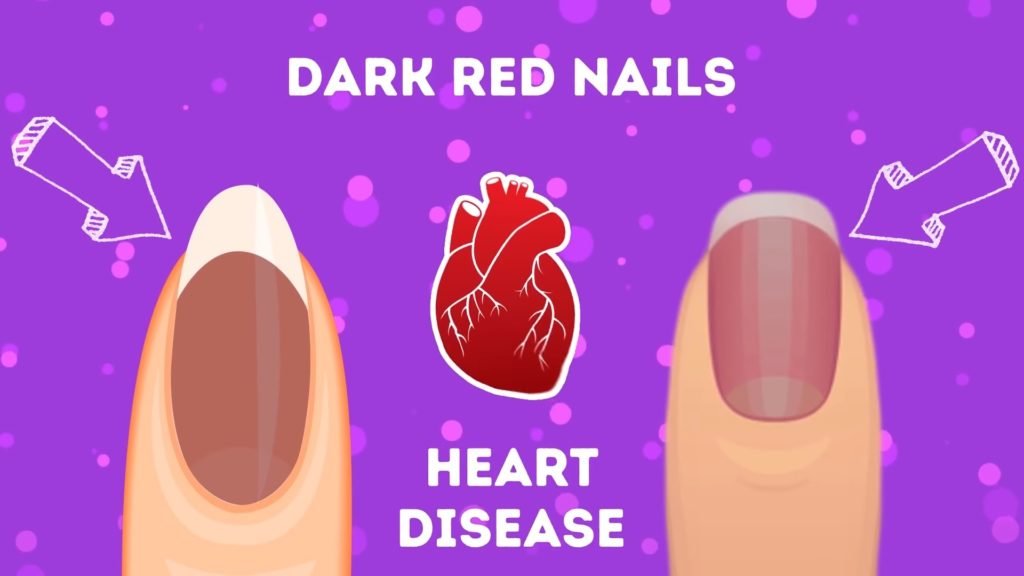 Dark red nails may indicate that you have heart disease. If the redness extends to the sides of your nails and cuticles this might be a sign of an autoimmune disease called lupus. 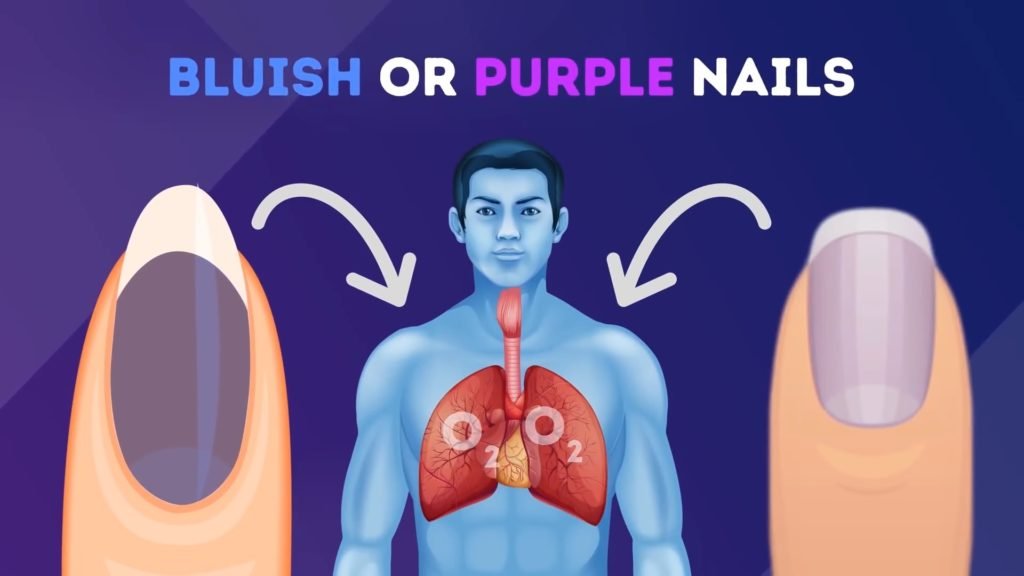 Bluish or purple nails usually mean that your body doesn’t get enough oxygen among other possible causes are heart issues and lung problems such as emphysema and chronic bronchitis. 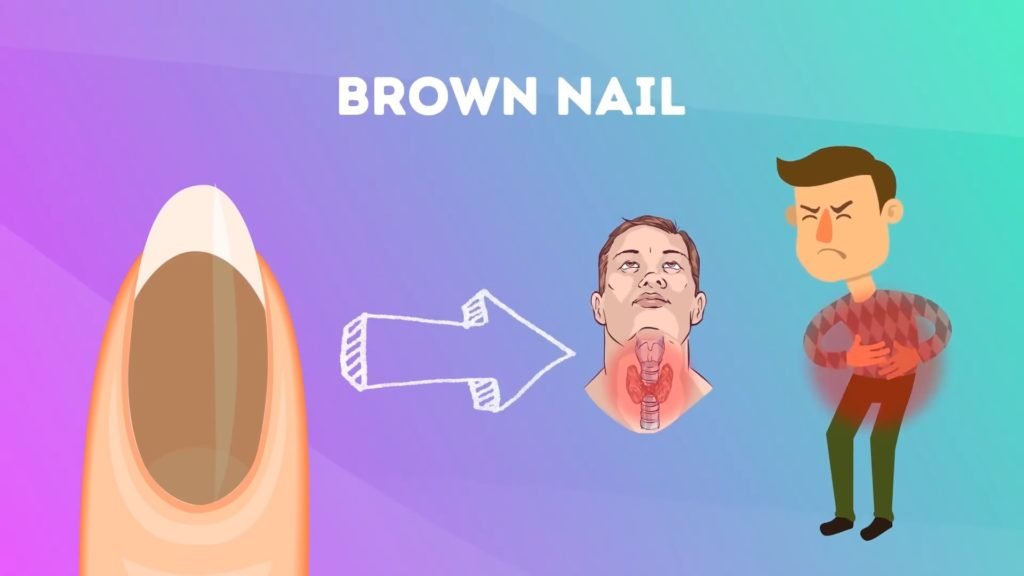 Other nail colors can be a sign of various health problems for example if your nails turn brown this can indicate that you have thyroid disease or nutritional problems.

Gray tinted nails are usually caused by taking prescription drugs like antimalarial pills. The texture of your nails brittle split nails is usually linked to hypothyroidism a condition in which your thyroid works too slowly.

The texture of your nails says about your health: 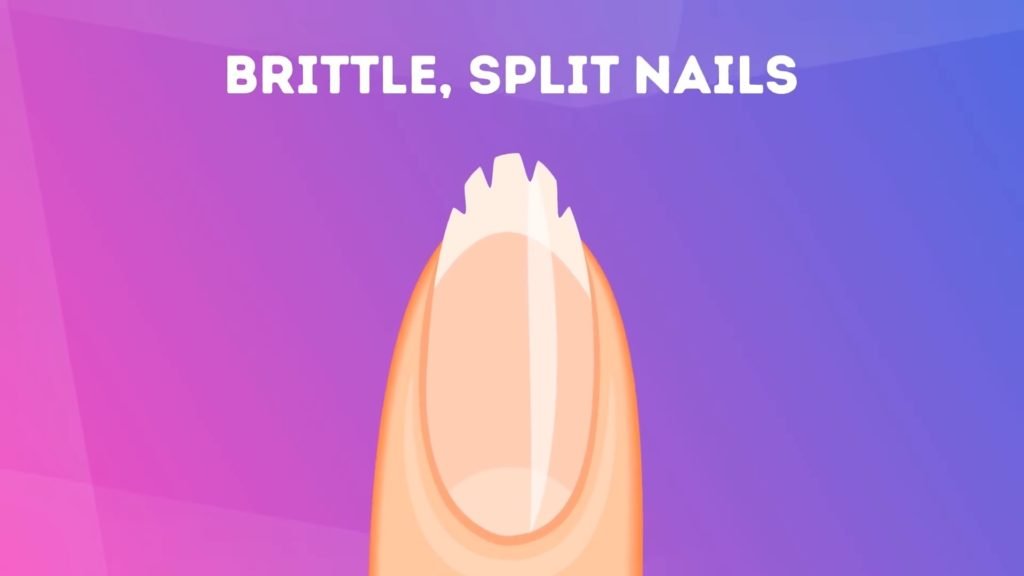 Brittle split nails are usually linked to hypothyroidism a condition in which your thyroid works too slowly. 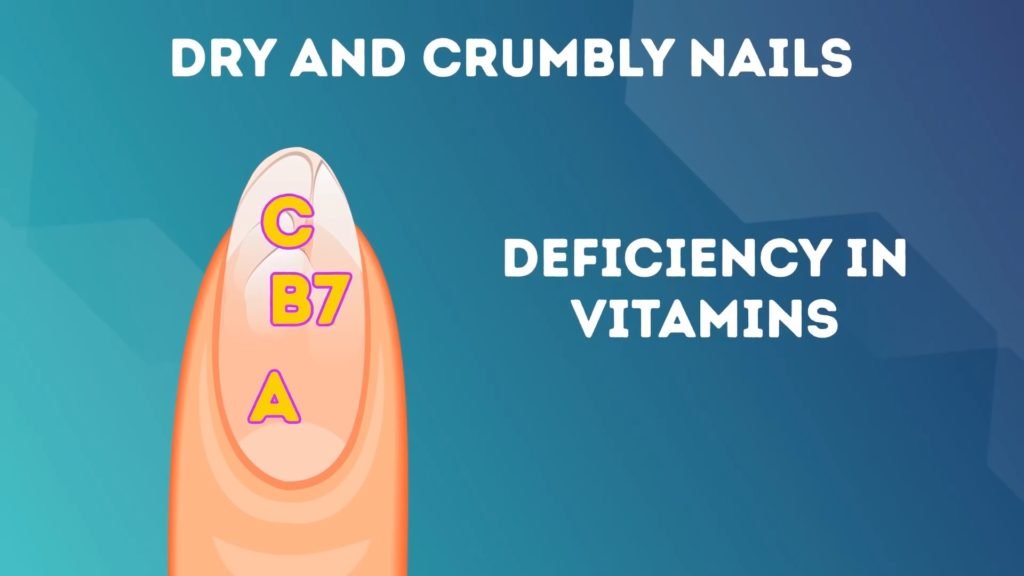 Dry and crumbly nails may indicate a deficiency in vitamins A C and b7 also known as biotin. Another possible reason for this nail problem is the overuse of nail polish remover. 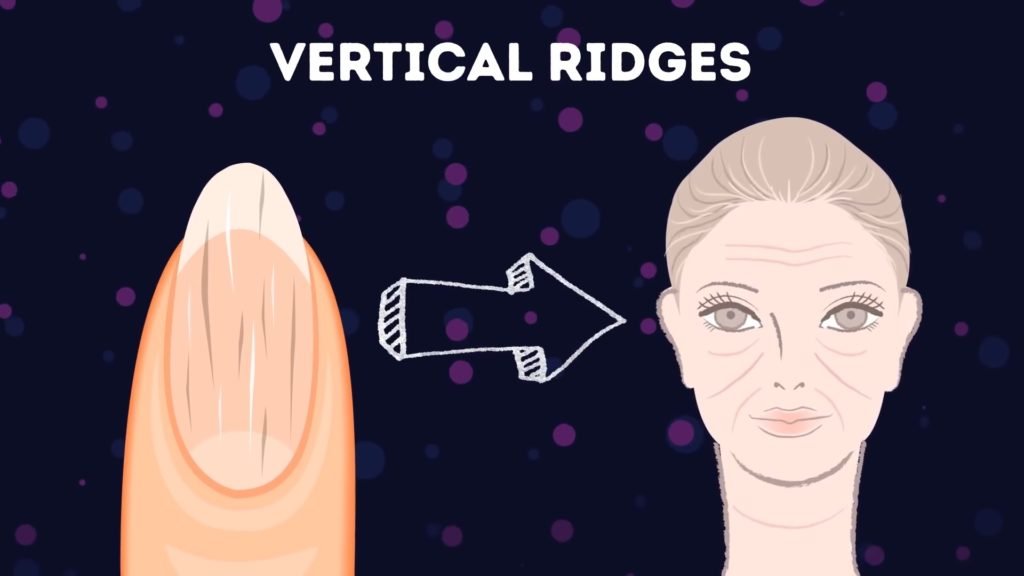 Vertical ridges are usually a normal sign of Aging. Just like wrinkles on your face but if they become prominent at a young age this might mean that you’re suffering from a vitamin b12 or magnesium deficiency. 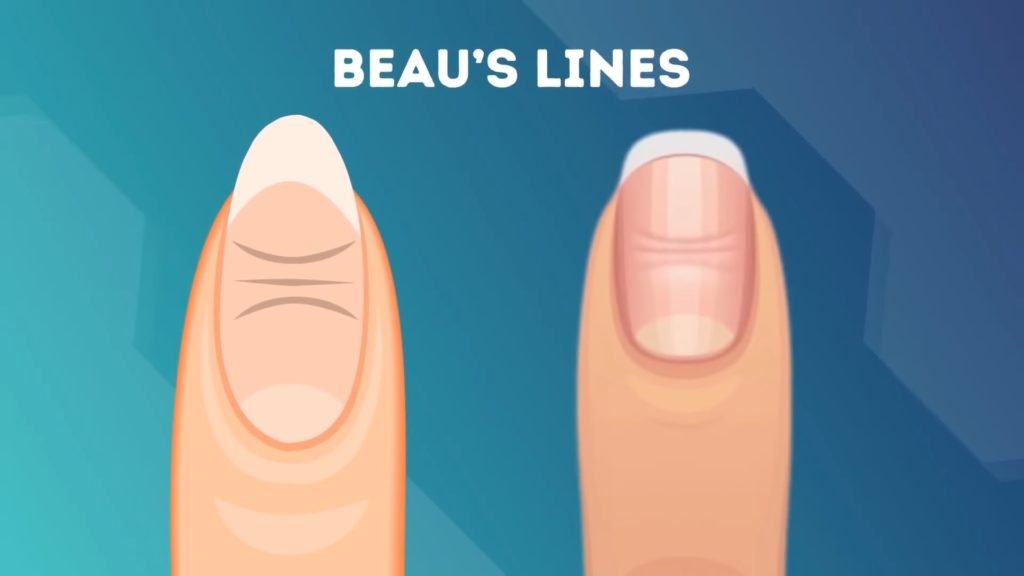 Horizontal ridges are typically the result of direct trauma to your nail. however, if you see them on more than one nail at a time they may also be a sign of a serious illness with a high fever such as scarlet fever or pneumonia. 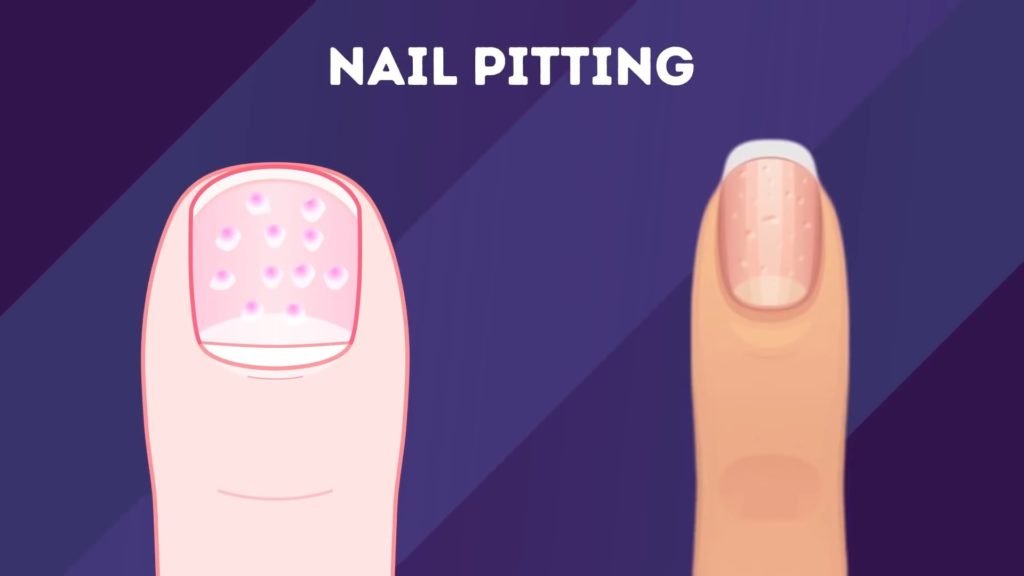 Nail pitting may indicate skin problems such as psoriasis, eczema, and dermatitis, it can also be an early sign of connective tissue disorders such as inflammatory arthritis a disease that affects your joints.

Nail growth says about your health: 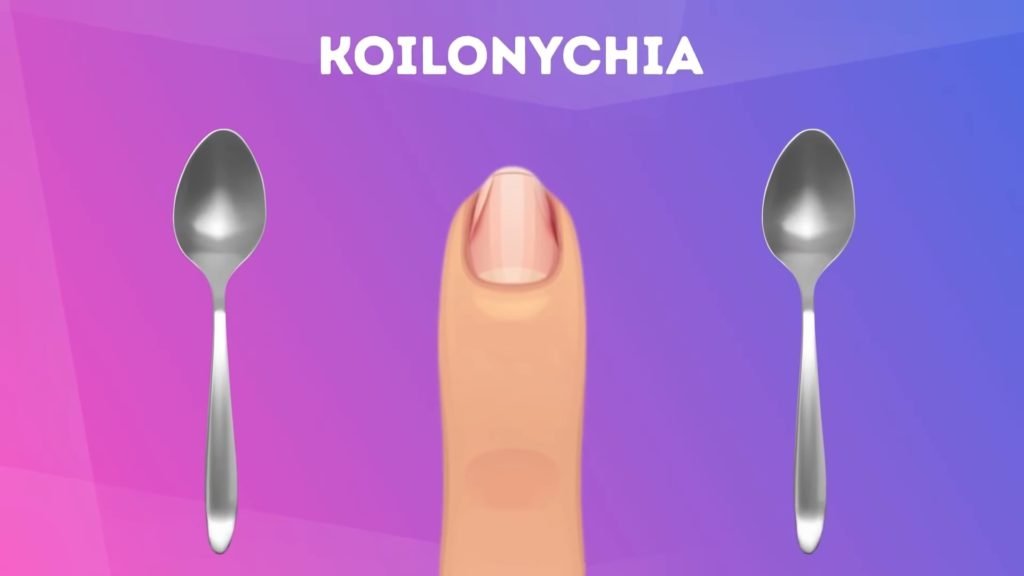 Spoon nails koilonychia a phenomenon whereby your nails look like a spoon with raised ridges and a scooped out depression. Maybe a sign of hemochromatosis.

This is a disorder that occurs when your body produces too much iron they’re also associated with iron deficiency, anemia, heart disease, and poor blood circulation. 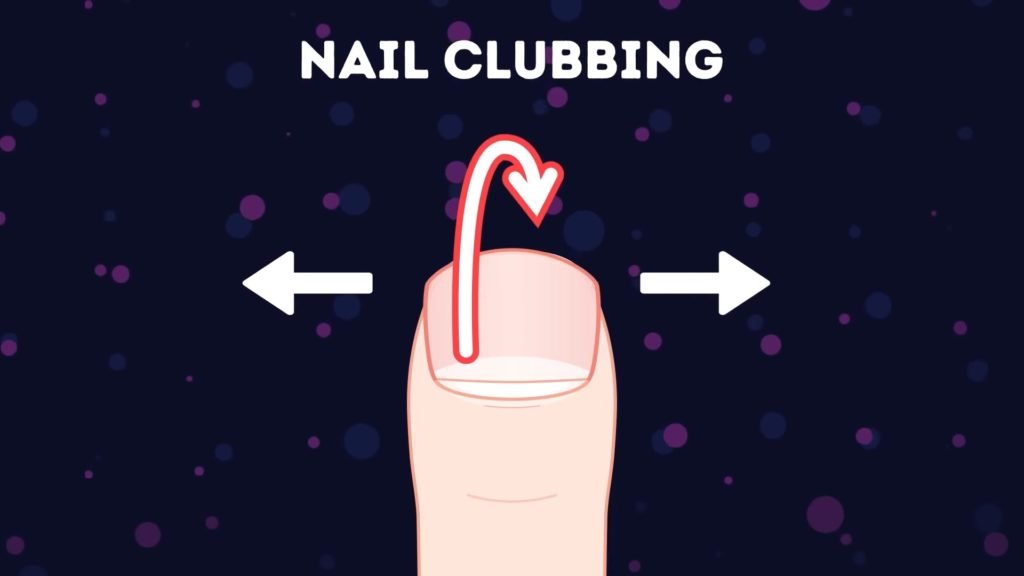 Nail clubbing appears when your fingertips become enlarged in your nails curved downward. This kind of nail growth can be a sign of low oxygen in your blood which is usually caused by lung disease. Clubbing can also be related to liver or kidney disease heart problems, inflammatory bowel disease, and AIDS.

Nails that are detached from their beds 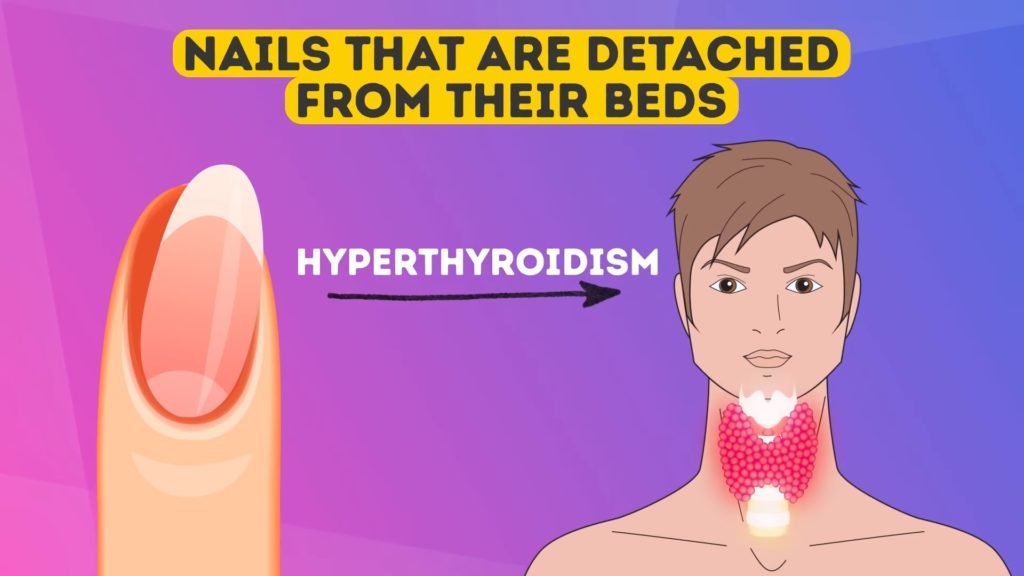 Nails that are detached from their beds usually indicate hyperthyroidism, which is when your thyroid gland releases too many hormones into your body.

Loose nails can also signify fungal infection psoriasis or blood circulation or amyloidosis an excess amount of the protein amyloid in your organs and tissues. 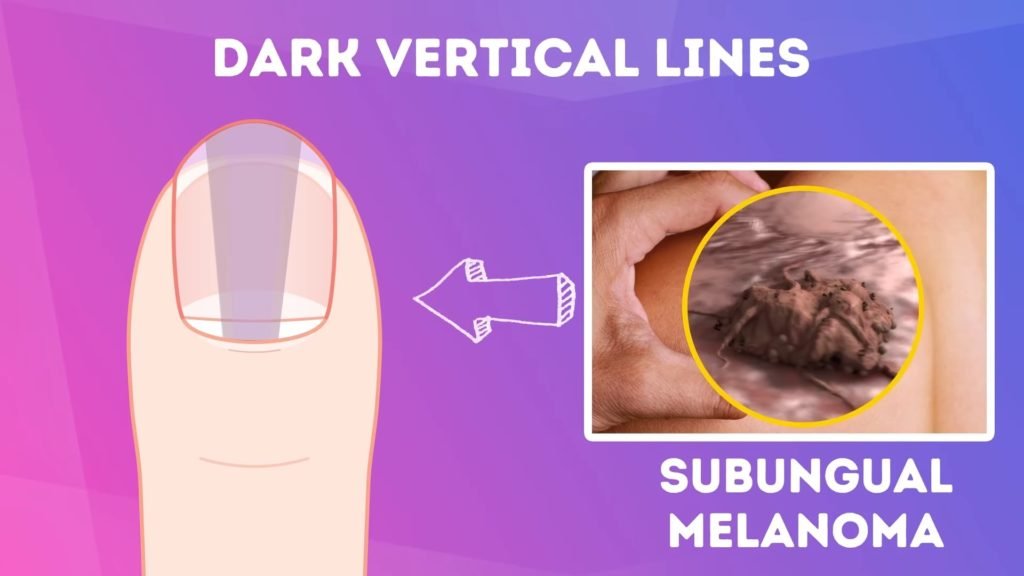 Dark vertical lines extending from the cuticle to the tip of the nail may be a sign of subungual melanoma a really dangerous type of skin cancer.

So even if those lines don’t cause any pain in your nails it’s better to make an immediate trip to your doctor once you’ve noticed them. 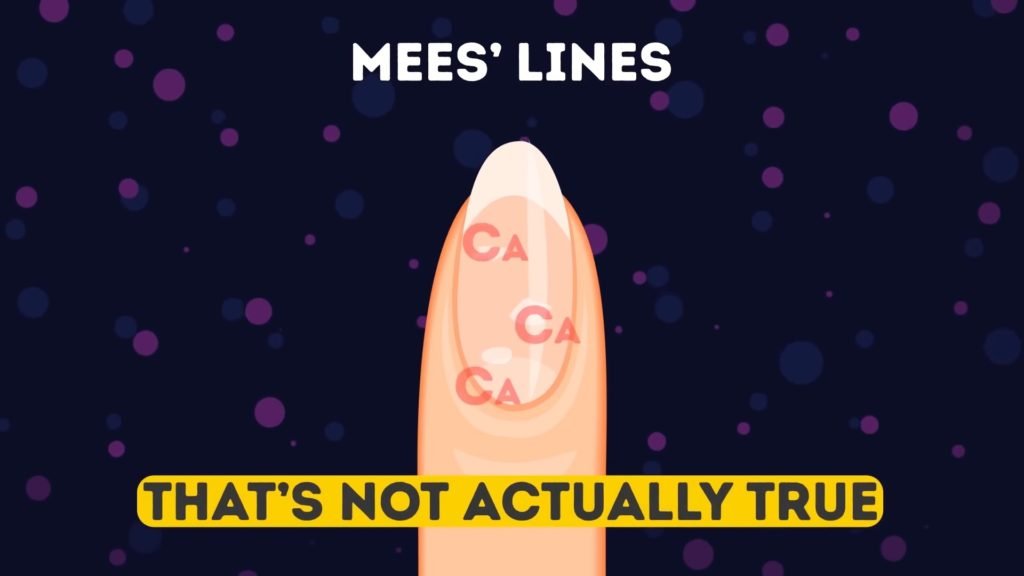 Most people believe that white stripes, Mees lines signal a calcium deficiency that’s not actually true. Those white discolorations on your nails usually indicate an imbalance diet lacking in protein they can also appear after an episode of poisoning with heavy metals as a result of kidney failure.

Red puffy scan around your nails 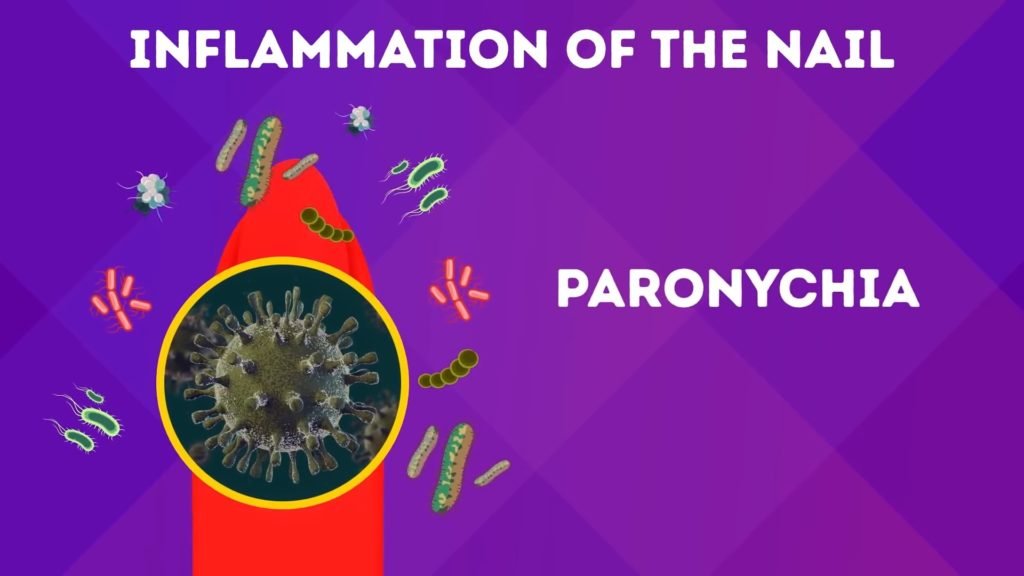 Red puffy scan around your nails usually indicates inflammation of the nails fold. If the inflammation is accompanied by major swelling this could be due to an infection called paronychia other possible reasons for the reddish nail fold include connective tissue disorders.