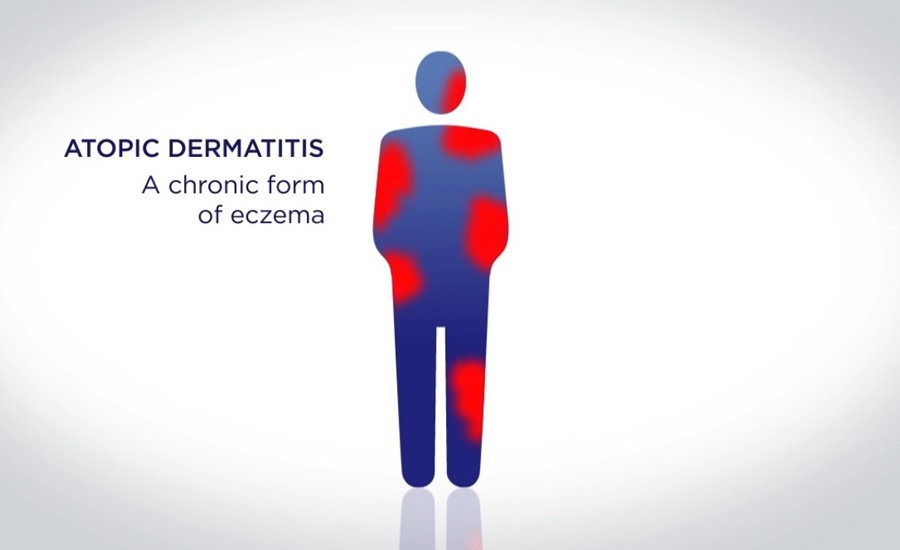 What is Eczema (Atopic Dermatitis)?

Atopic eczema or atopic dermatitis is a skin rash that’s particularly common among young children but can last into adulthood. 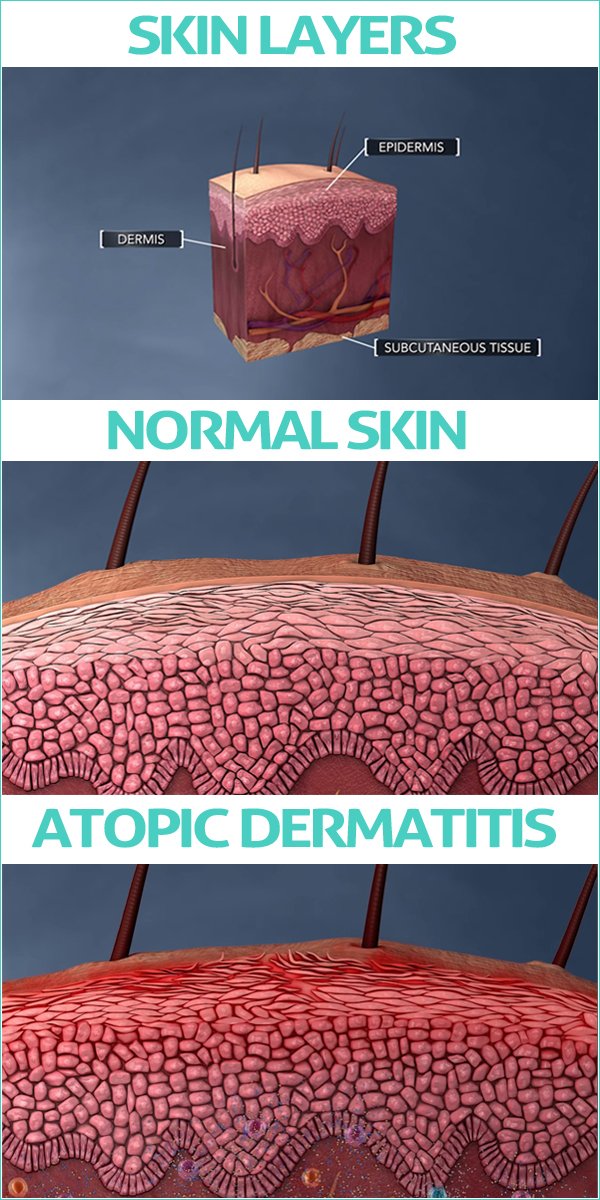 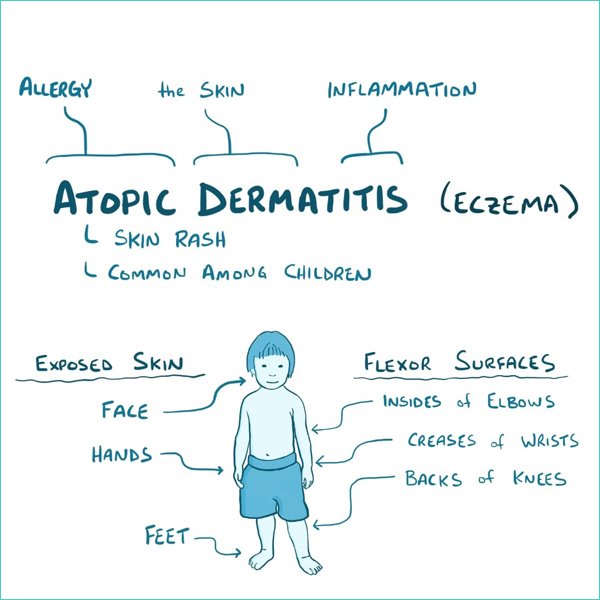 Atopic eczema describes skin inflammation that results from an allergy, more specifically, it happens when the immune system attacks the skin causing a dry, itchy rash on flexor surfaces of the body areas like the creases of the wrists, the insides of the elbows, and the backs of the knees, as well as exposed skin surfaces like on the face, the hands, and the feet.

When the immune system inappropriately starts attacking itself, we call that a hypersensitivity reaction, and there are four types.

Atopic dermatitis is a type 1 hypersensitivity reaction, and it starts off with something in the environment called an allergen, like flower pollen.

The pollen is able to travel through the slightly porous skin, where it gets picked up by an immune cell in the tissue just below.

The immune cell is called an antigen presenting cell because it presents a bit of the allergen to a naive T helper cell, activating it into a Th2 cell.

This Th2 cell then stimulates a nearby B cell to start producing IgE or immunoglobulin E antibodies specific to that pollen. Those IgE antibodies bind to the surface of other immune cells called mast cells, as well as basophils, which can be found in the tissue layer just below the surface of the skin, and this process called “sensitization”.

Atopic dermatitis can worsen in the presence of allergens like cigarette smoke, mold, and dust mites, as well as changes in the weather, and even emotional stress. Although it usually causes patches of red itchy skin that come and go, the skin can occasionally even blister and peel.

Over time, the skin can become lichenified, which literally means turned to leather. Itchiness is often worsted at night, perhaps because there are no distractions, and this is often when young children are most likely to scratch at their eczema lesions.

Because eczema is an autoimmune-mediated process, it cannot be spread to other people, but since it affects the skin and therefore the way a person looks, there is still a lot of social stigmas associated with it.

Occasionally, atopic dermatitis can be part of Hyper IgE syndrome, which has an autosomal dominant form commonly called Job syndrome, phenylketonuria, which is a metabolic disorder that results from a buildup of the amino acid phenylalanine, and Wiskott-Aldrich syndrome, which is an X-linked recessive disease characterized by a clinical triad of eczema, thrombocytopenia, and immunodeficiency.

Atopic dermatitis is generally a clinical diagnosis, and there are ways to help break the cycle of allergy-mediated inflammation, dry skin, and itching.

With regard to allergy-mediated inflammation, it’s important to identify and avoid any triggers, as well as avoiding overheating, dressing in soft fabrics, and managing stress well. 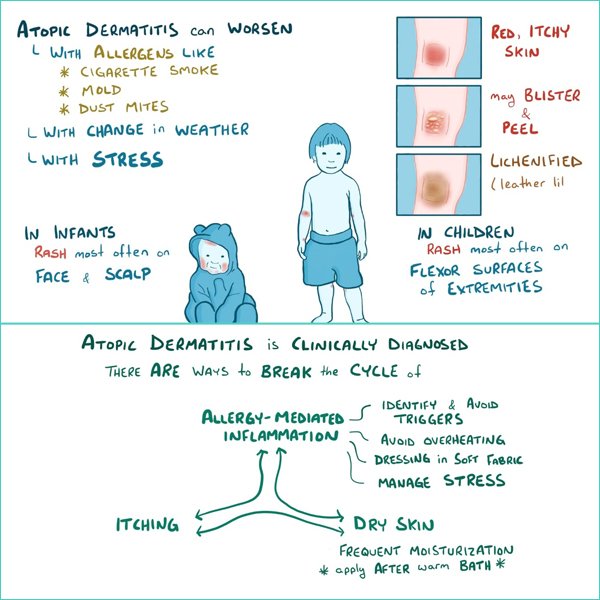 Dry skin can be managed with frequent moisturization, which is usually best to apply after a lukewarm bath. And itching can sometimes be managed with simple measures like keeping fingernails short and trying to keep children from scratching.

But in more extreme cases, there are also steroids and calcineurin inhibitors both of which aim to dampen the immune reaction, as well as antihistamines that can help with itching, and antibiotics to help treat infections if they’re needed.