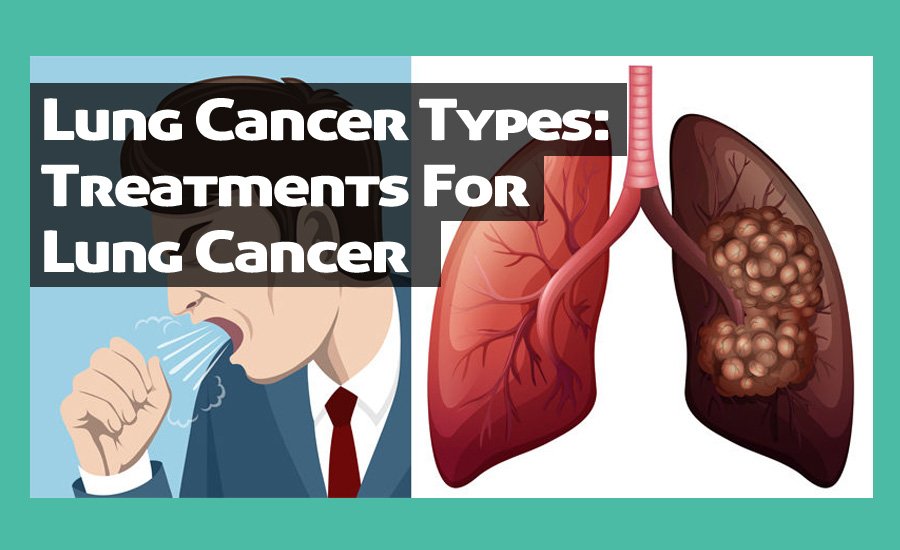 What is Lung Cancer

Lung Cancer is also known as long carcinoma begins at the lungs and most often occurs in people who smoke. If left untreated this uncontrolled growth can spread beyond the lungs into nearby tissues by a process called metastasis. 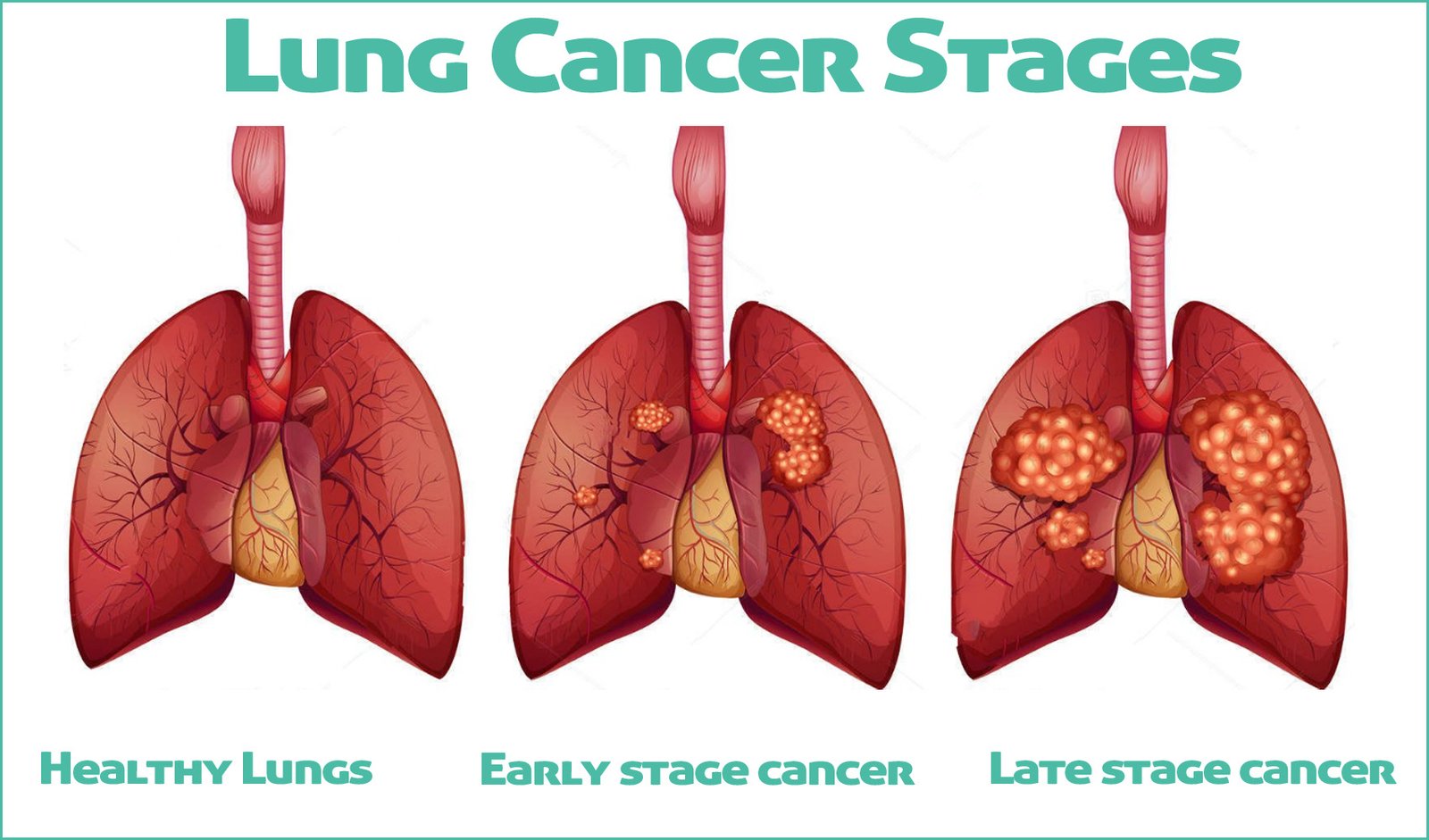 To determine the type of patient has cancer cells need to be taken from either fluid around the lungs or from a lung tissue sample known as a biopsy or from a sputum sample and then this sample is taken back to the lab where the cells are looked at under a microscope and the diagnosis is made based on some characteristics of the cell. 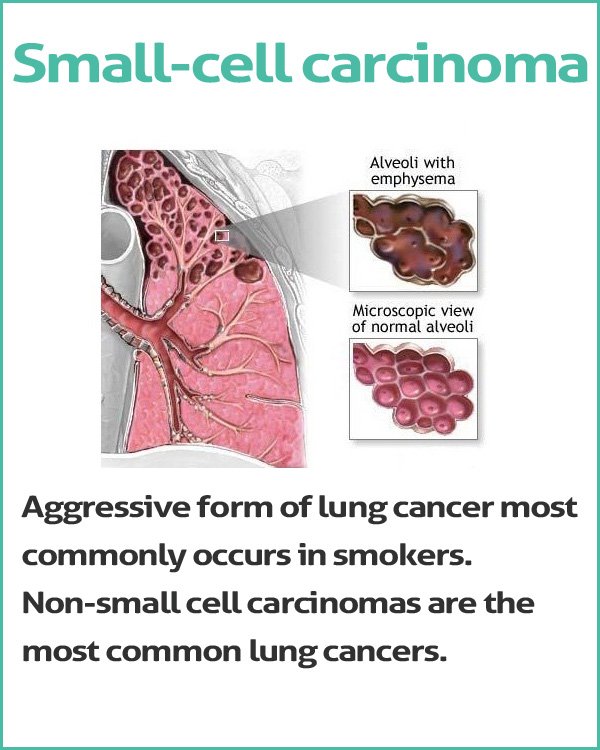 The tiny small cell then doesn’t have much distance from one side to the other, and that means its nucleus and cell wall are close to each other also like a baby.

This particular type of cell is not fully developed small cell lung cancer. Typically occurs in females with a long history of smoking.

Things to keep in mind about this type of lung cancer is that it divides quickly and spreads rapidly throughout the body, in fact by the time it’s diagnosed it’s usually in numerous locations in the body. 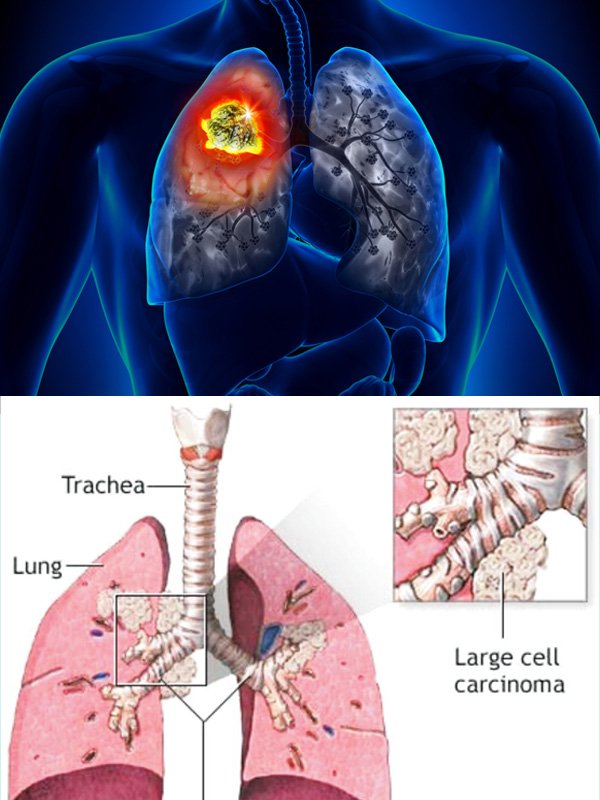 A big cell with lots of distance from the nucleus to the cell wall and this mature cell has the function of secreting musin. Musin is responsible for keeping the lungs moist if this cell becomes cancerous it’s called in Adenocarcinoma.

Adenocarcinoma is glandular in appearance and tends to grow slower than the other types and is the most common among non-smokers. It also accounts for 40% of lung cancers and more common in women than in men.

Again big cells with large but they’re a little flatter this time and they’re kind of stapled together by desmosome and it helps the cells create a barrier between the airways and the rest of the body keratin is also in this cells. If these cells become cancerous it’s called a Squamous cell carcinoma.

Squamous cell carcinoma also known as epidermoid carcinoma is large and flattened appearance. It accounts for 25 to 30 percent of lung cancers often linked to smoking and found to form in the central area of the lung.

Squamous cell carcinoma occurs about 30% of the time in males who have a history of smoking and of all the non-small-cell lung cancers, this one has the greatest link to smoking.

large round cell and actually, it doesn’t have much more defining characteristics than that so it’s simply called a large cell carcinoma, and it occurs in male smokers. large cell carcinomas occur in 10% of all non-small cell lung cancers and it is found to form in any part of the lung.

Carcinoid is a flask-shaped cell that has added space in nerves and when it receives signals from these nerves, it releases hormones so, if one of these cells becomes cancerous this is called a carcinoid. This type of cancer affects 5% and both males and females have an equal risk of developing carcinoid cancers.

Usually, they occur when the disease is already advanced there are several risk factors that increase the chance for cancer. Some can be controlled such as quitting smoking while others cannot such as a family history.

In terms of treatment, the doctor chooses a cancer treatment plan based on a number of factors such as the patient’s overall health the type and stage of cancer and the patient’s preferences.

The body before being detected some of the early symptoms:

There are a few treatment options for lung cancer and which treatment a lung cancer patient will receive depends on two things, the stage and the type.

The stage of lung cancer is determined most of a medical imaging called the cat scan, or a CT scan, gives a good 3d view of the cancer cells MRIs or magnetic resonance images give a similar image but they don’t use radiation to take the picture of the lungs and finally, PET scans or positron emission tomography track the energy use of the cancer cells to give a 3d image as well and these are all good because they give an exact location of the cancer cells and an idea of how far the cancer cells have spread.

Treatment depends upon the condition of the patient after inspecting reports whether the patient will receive surgery or radiotherapy or chemotherapy or some sort of combination of these three.

The Lungs can be divided into two lobes, after examination of cancer cells the surgeon will remove the damaged cells, Then the surgeon will sew up the parts of the lung tissue which is called as a Wedge Resection.

After removing the whole lung the airway is sealed off, so that air doesn’t escape into the chest when the patient’s breathing.

But the radiation is going to have this effect in the normal healthy cells and so the radiation really needs to be targeted accurately to the cancer cells with medical imaging.

The radiation may be administered internally by putting a probe into the lungs. Some types of lung cancer like small cell lung cancer are more responsive to this type of therapy.