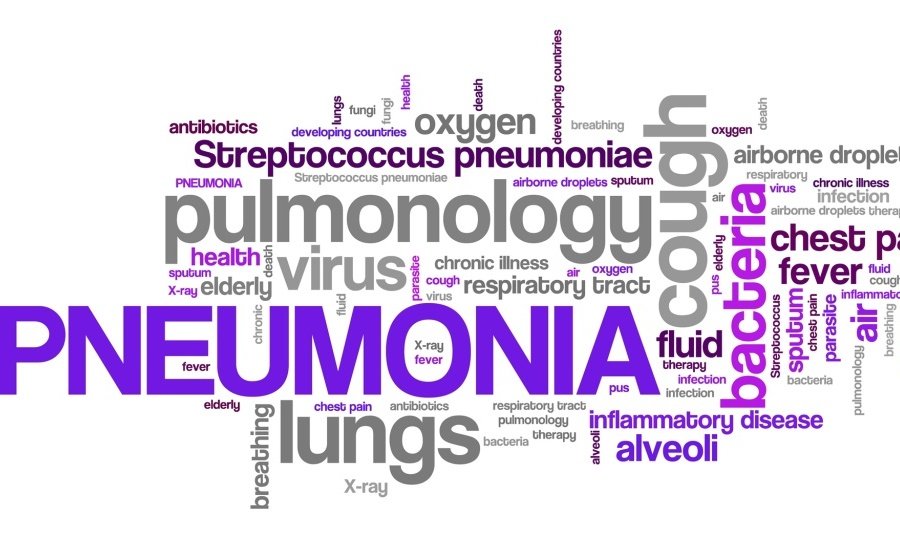 During inhalation, air reaches your lungs by traveling down your trachea, then it continues through the bronchi and the bronchioles and ends up in the alveoli.

The alveoli are tiny air sacs that look like tiny clumps of grapes, that are wrapped up in a net of capillaries. This is where the majority of gas exchange happens in the lungs.

Now, now in addition to air, you’re constantly breathing in other stuff, like microbes.

But we’re usually good at protecting ourselves. For example, we have mechanical techniques like coughing, a mucociliary escalator that lines the entire airway and moves out larger bacteria, and macrophages that are nestled deep inside the alveoli and ready to destroy anything that lands there.

But sometimes, a particularly nasty microbe might succeed in colonizing the bronchioles or alveoli, and when that happens you’ve got pneumonia.

Now, there are lots of different pneumonia-causing microbes. Usually it’s caused by viruses and bacteria, but it can also be caused by fungi and a special class of bacteria called mycobacteria.

In adults, the most common viral cause of pneumonia is influenza, sometimes just called
the flu. In adults, bacterial causes include streptococcus pneumoniae, haemophilus influenzae, and staphylococcus aureus.

There are also more unusual bacteria like mycoplasma pneumoniae, chlamydophila pneumoniae, and legionella pneumophila, which don’t have a cell wall and are well known for causing an “atypical or walking pneumonia” because they often cause vague symptoms like fatigue. 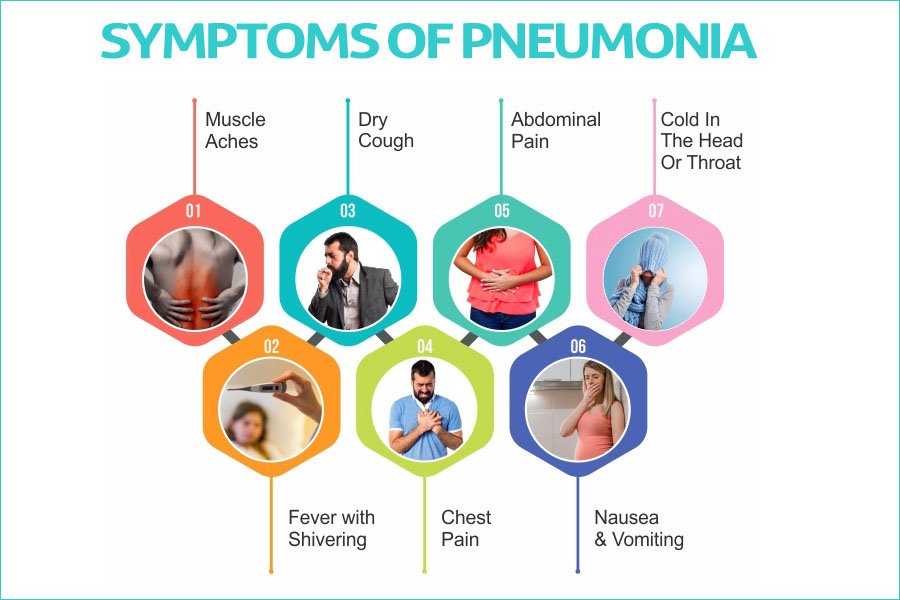 Pneumonia most often causes dyspnea, or shortness of breath, chest pain, and a productive cough, meaning that pus or bloody sputum might come up. Often there are also systemic symptoms like fatigue and fever. 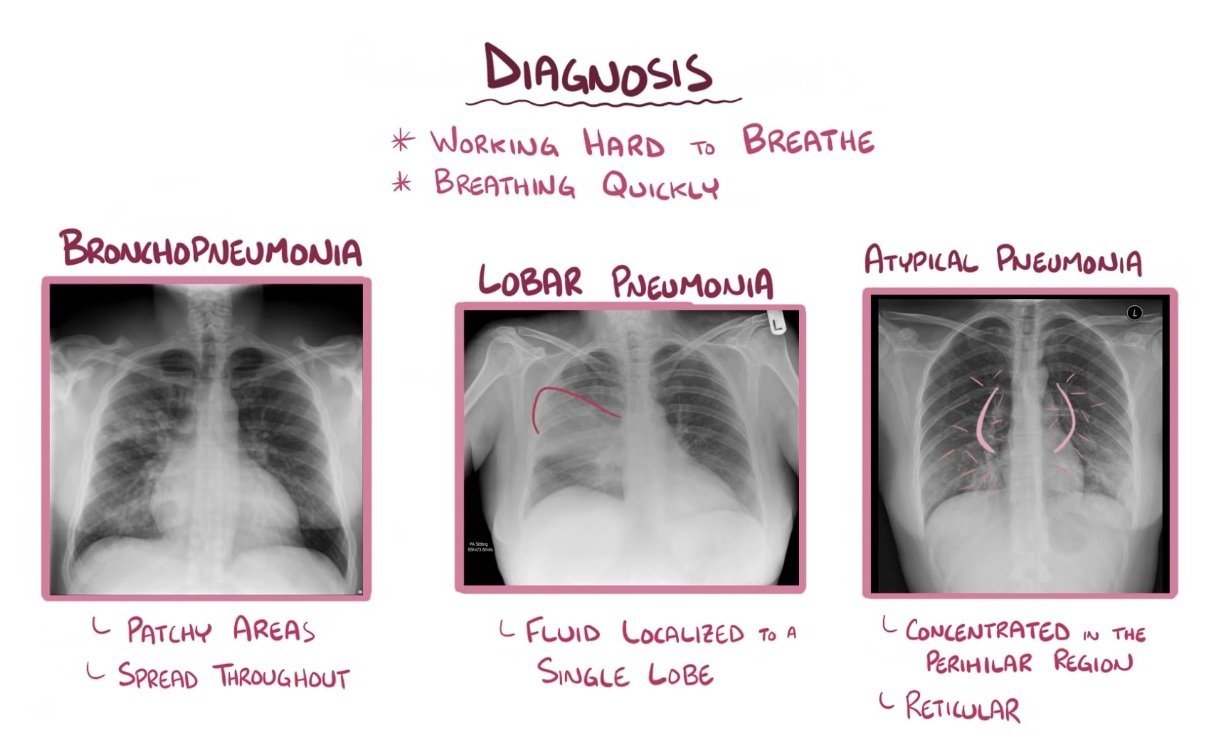 Diagnosis of pneumonia is usually made in a person who’s working hard to breathe or breathing quickly.

A chest X-ray of bronchopneumonia typically shows patchy areas that are spread out throughout the lung, in atypical or interstitial pneumonia, the pattern is also often spread throughout the lungs but is often concentrated in the perihilar region and looks reticular, meaning there will be more line-shaped opacities visible in a chest x-ray.

In lobar pneumonia, fluid is localized to a single lobe or set of lobes. Another way to detect a lobar pneumonia, though, is to look for dullness to percussion which suggests that there’s a lung consolidation.

There’s also tactile vocal fremitus, which is when you can feel more vibrations from a person’s chest or back after they repeat certain phrases. This is because sound travels better through the fluid-filled consolidated tissue than air-filled healthy tissue.

Late inspiratory crackles may also be heard, along with bronchial breath sounds, bronchophony, and egophony.

Since bacteria are the most likely cause antibiotics are often prescribed. In addition, cough suppressants and pain medications are often used to help with symptoms.

The infection is in the lungs. Bronchopneumonia is spread throughout the lungs, atypical or interstitial pneumonia happens interstitium around the alveoli, and lobar pneumonia usually infects an entire lobe of the lung.