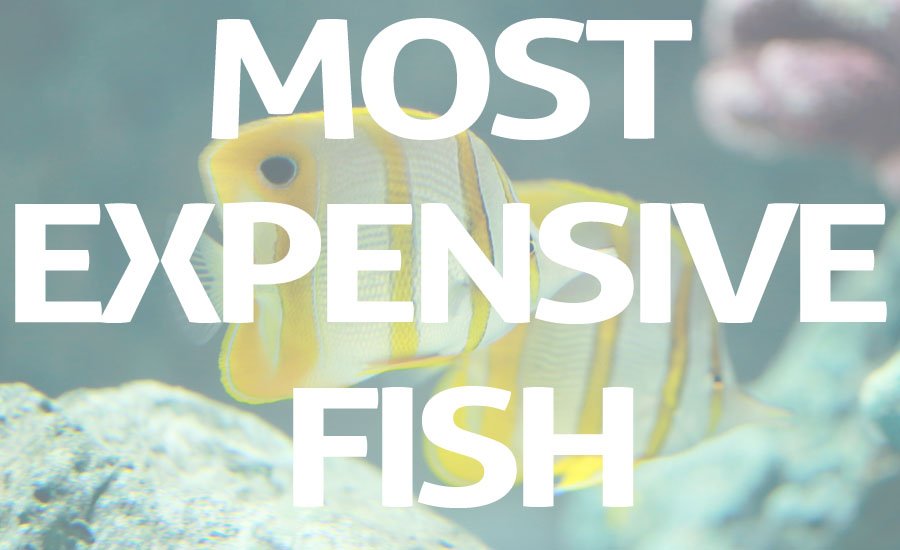 Today we’re looking at the” Worlds Top 10 Most Expensive Fish You Never Like To Ignore. Many fish are extraordinarily beautiful while others represent the finest quality in seafood and cuisine some are just downright ugly.

The world of expensive fish is a surprisingly large one with many celebrities having a deep appreciation of their scaly friends. Let’s just dive into our top ten list of the worlds most expensive fish ever sold and just a note, here the prices mentioned are the highest individual fee paid for a single fish. 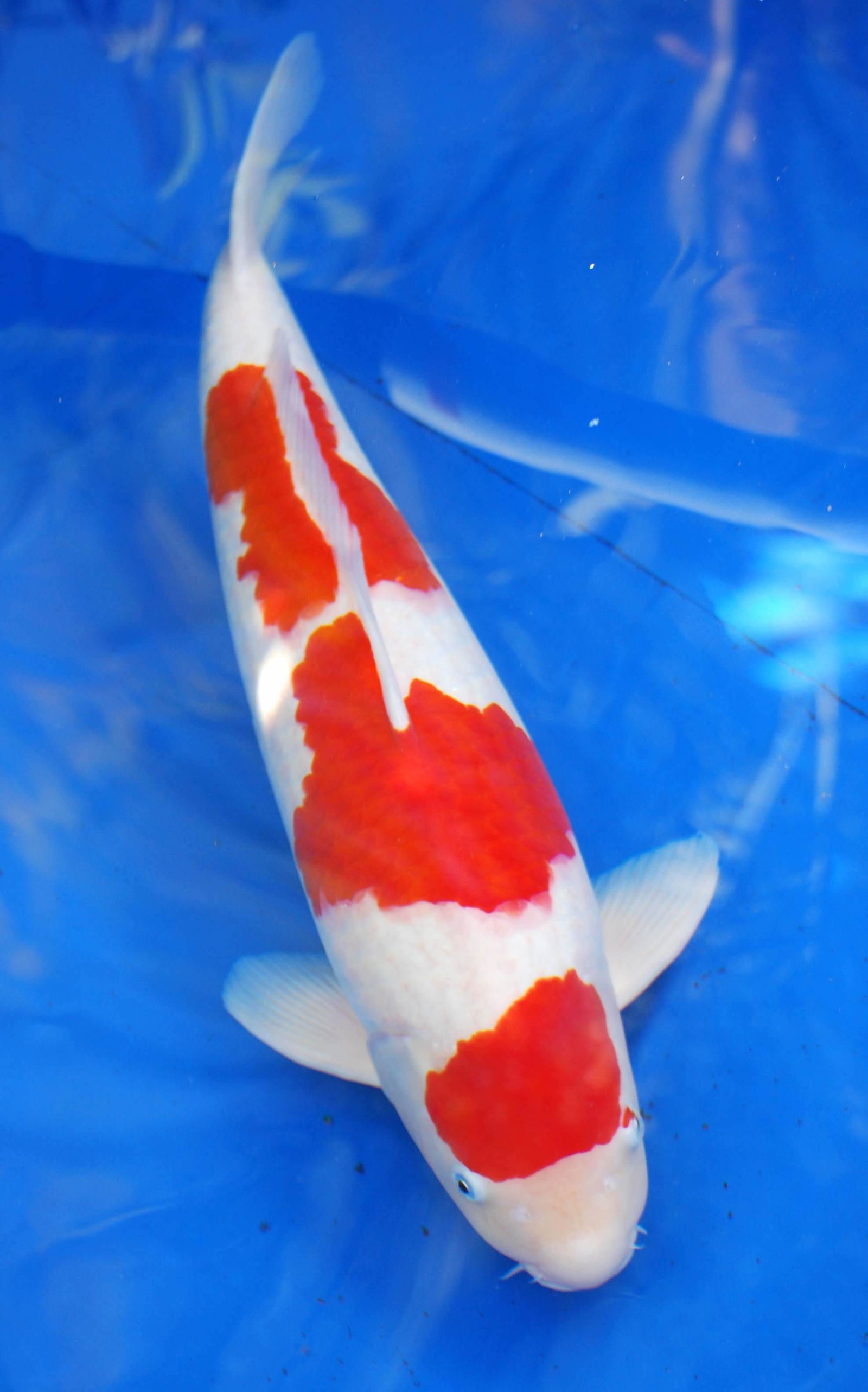 Sold for two million dollars per fish. Asian culture surrounding koi carp is a lot more like the breeding market for pedigree dogs. Koi carps are coveted animals, that differ in value depending on the purity of their genes and the careful nature in which they are breed.

On October 3rd 2018 a Taiwanese woman decided to buy a meter long koi carp for an incredible two million dollars the fish had been bred and reared by Saki fish farm in Hiroshima and gained attention amongst koi carp collectors for its perfect unblemished red and white scales, as well as its large size.

This particular koi carp comes from the Kohaku variety which is renowned as the pedigree genus it can live for up to 25 years and will be able to produce around 5000 pedigree offspring in that time in such a way. Unlike many of these other fish on the list purchasing this koi carp is seen to be very much an investment. 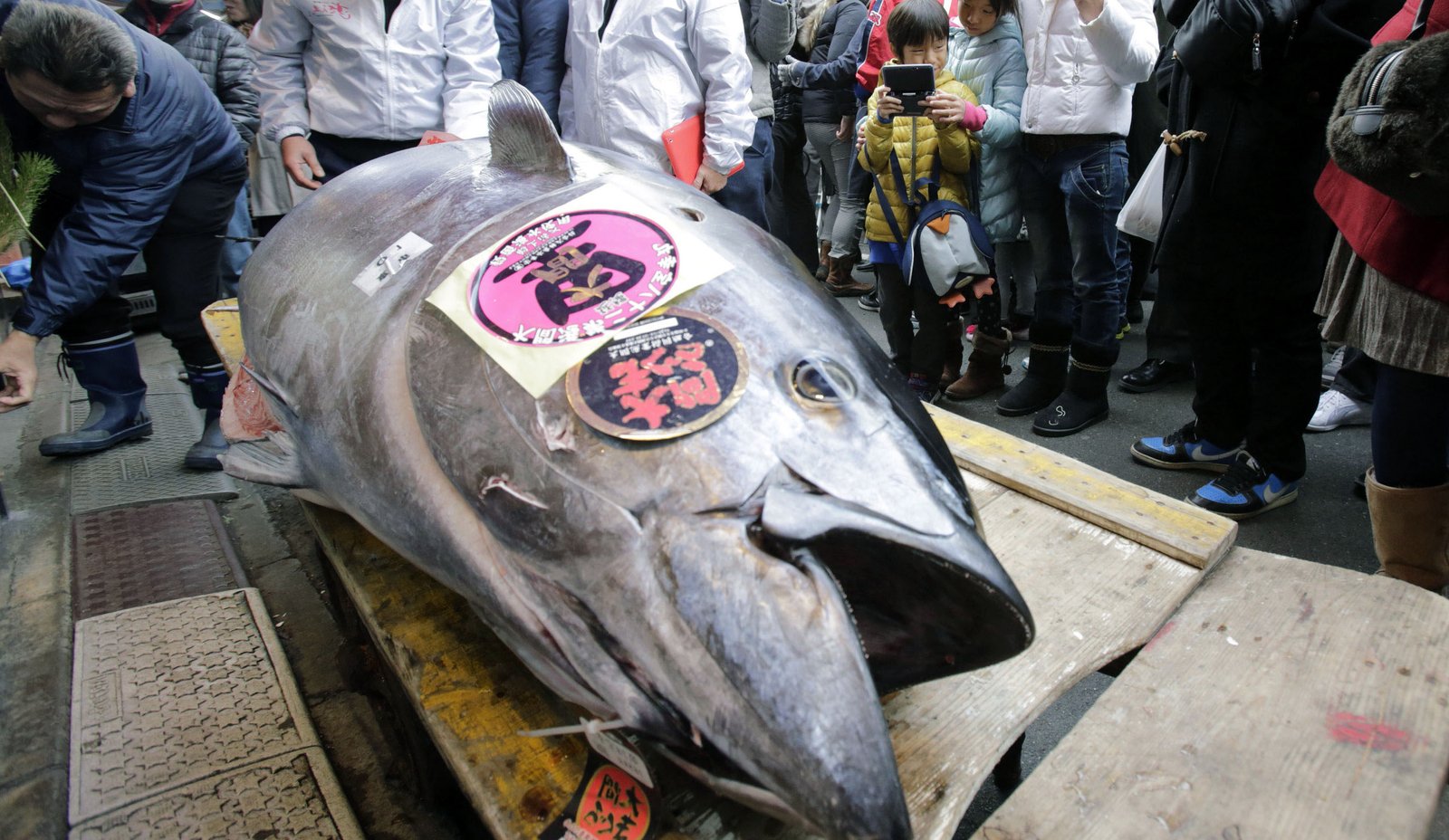 Sold for 1.8 million dollars per fish in January 2013. A representative from one of Tokyo’s most famous sushi restaurant chains attended the Tsukiji market to enter into a bidding war for one of the largest bluefin tunas ever caught. This is the only fish on this list to be sold dead with the purpose of being eaten by the wealthiest members of Tokyo’s high society more of a publicity stunt than any type of sensible investment.

This purchase hit headlines and shocked many people the buyer was Kyoshi Kimura the owner of Zen my sushi chain which claimed to be the first-ever 24 hour seven day a week 365 days a year sushi restaurant in the world. 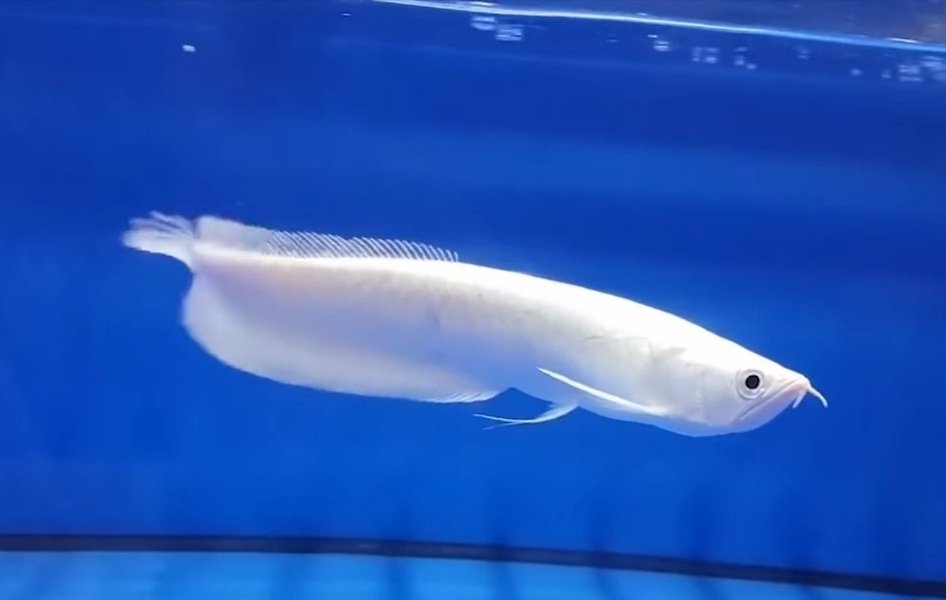 Sold for $400,000 per fish. Amongst fish lovers the arowana family is renowned for their incredible beauty and distinct coloration. The Platinum Arowana is the most coveted of all Arowana species, there are less than 20 of these owned around the world. They are so rare because their platinum color is actually the result of a recent genetic mutation, furthermore it is absolutely prohibited to try and fish any more of these out of the ocean.

Those that are currently housed in public or private aquariums must be sold with a certificate and all of them have been inserted with a special microchip to ensure authenticity. They will grow to 3 feet in length and have been linked to samurai swords and appearances. 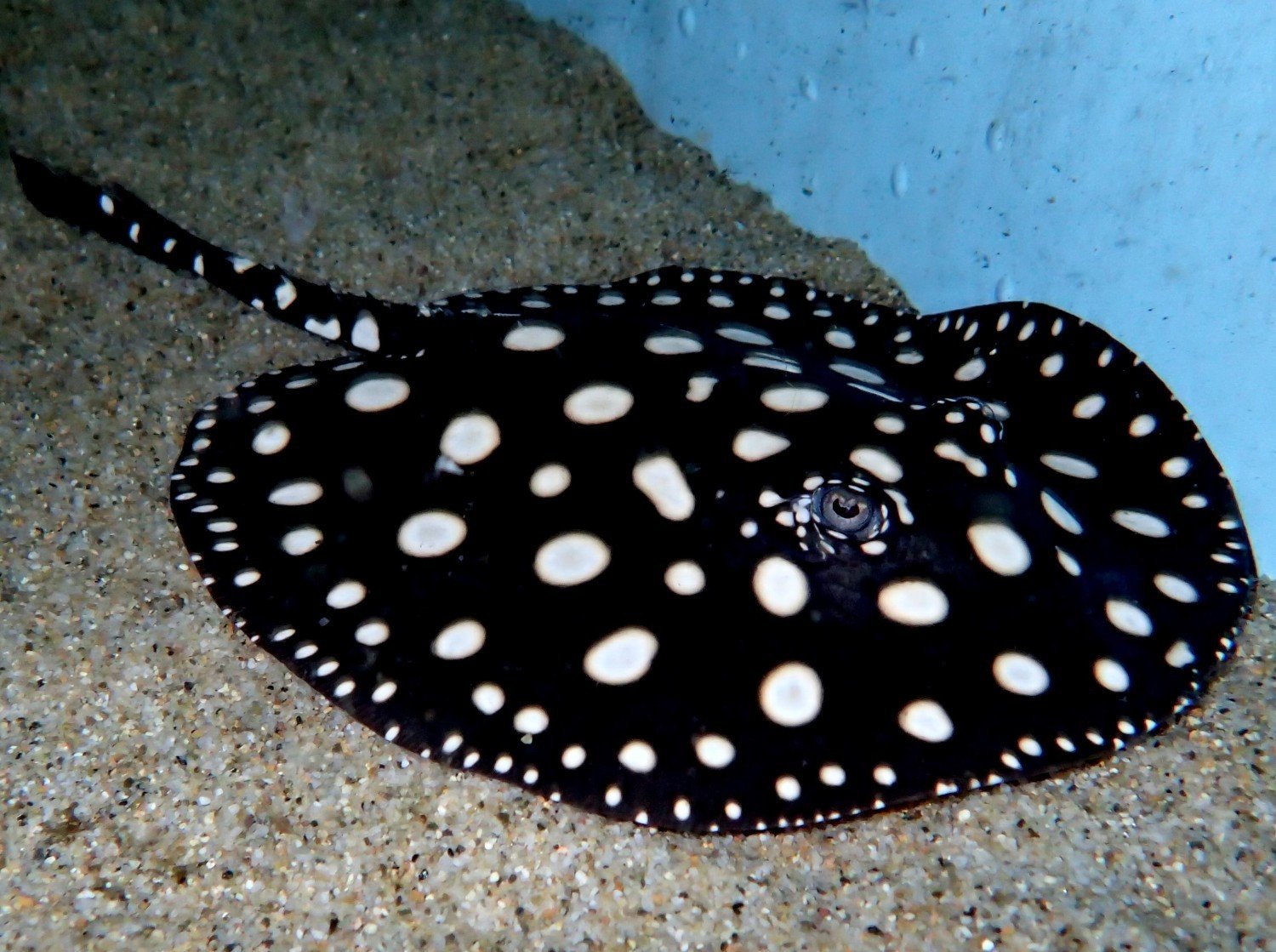 Sold for 100 thousand dollars per fish. This is the only freshwater fish on this list popularly known as the Polka Dot stingray. This fish is not to be confused with the avant-garde Japanese punk band, rather the special stingray is one of the rarest and most highly sought-after specimens for any collector of water dwelling species in the world.

Native to the Xingu River in Brazil, this stingray patrols the River Basin for snails and other invertebrates during the day, it will hide by burying itself in the sand, it has 360 degree vision that can see in the darkest depths of the deepest rivers, as a result it becomes a deadly stealthy night hunter.

They are not the easiest of the fish to feed and keep healthy within a tank, because they have very high metabolisms and need a lot of room to move around. 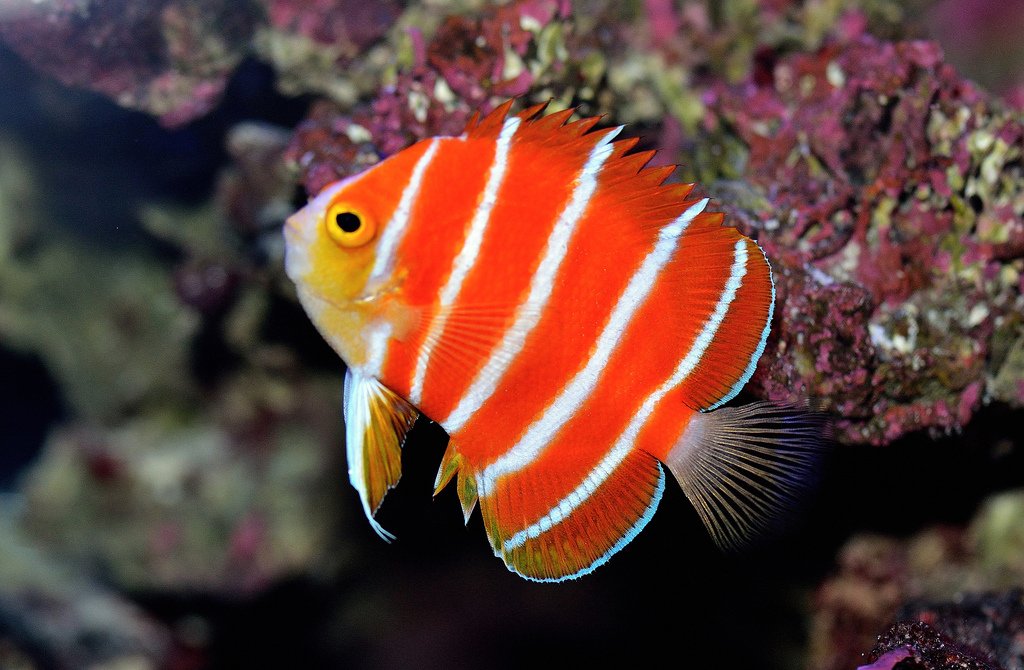 Peppermint angelfish sold for $30,000 per fish. The most expensive peppermint angelfish currently resides in Waikiki Aquarium in Hawaii. The owners of the aquarium paid $30,000 for it. Back in 2009 because it was believed to be the rarest species of angelfish on the planet. However, more have been found in the eastern Pacific around the Cook Islands. Since then this has driven the price down to the region of $19,000.

Nevertheless the Waikiki Aquarium angelfish still holds the 5th spot of the most expensive fish ever purchased. If a fish could have an attitude this one would probably bulk at it’s cheaper relatives. The peppermint angelfish generally lives in the depths between 50 and 120 meters and spends most of its time hiding from predators in the reef. 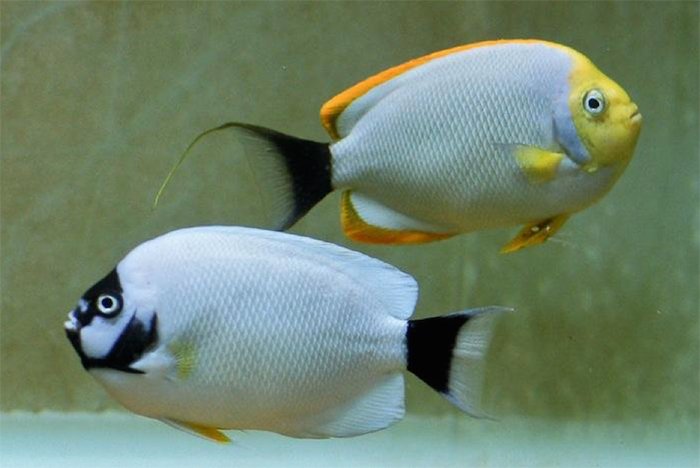 Sold for twenty thousand dollars per fish. The masked angelfish is the least colorful out of all of the fish on this list, but certainly not the dullest. It’s monochrome black, and white scales, give it a minimalist highly distinguished beauty. The face is covered in black except for the white around the mouth.

There’s also one black stripe on the tail native to the warm tropical oceans that surround the islands of Hawaii. The masked angelfish is rare beyond belief the masked angelfish is also special, because it’s a protogynous hermaphrodites, which means it starts life as a female but transforms into a male when it gets older. 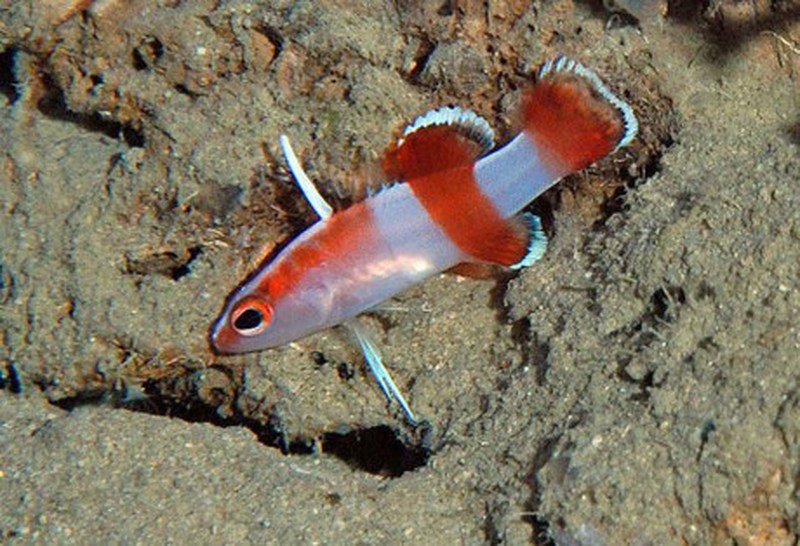 Sold for $11,000 per fish. This is the smallest fish on our list at just 3/4 of an inch in length, that means that pound for pound. This is easily the most expensive fish in the world. The record sale price for a blade fin basslet was set in 2015 by a private buyer who commissioned Aqua touch to catch one for him. There have been no more than 20 private sales of blade fin basslets in recorded history and when a collector wishes to purchase one, he must employ a company like aqua touch to go out and find one.

The process of actually catching one is incredibly difficult and time-consuming which helps to justify an astronomical price tag, needless to say one would really need an
inextinguishable passion for collecting rare fish to get one of these into their private aquarium. Like other fish on this list it requires deep-sea divers to use special compression units in order to capture one alive and bring it safely back up to the surface. 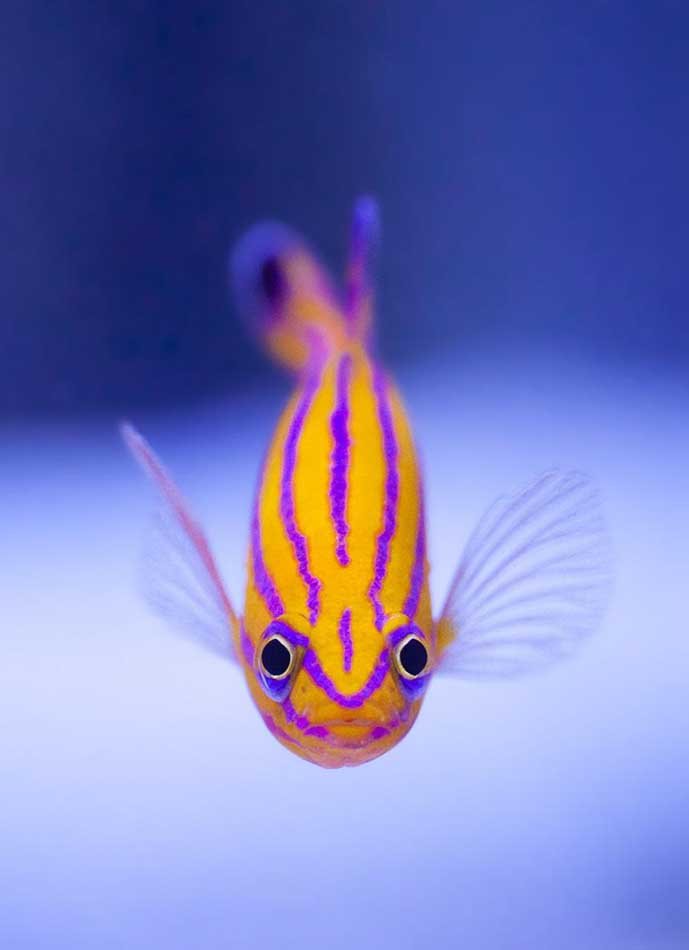 Sold for $8,000 per fish. In 2015 Koji wada of Blue harbor acquired an extremely rare juvenile golden basslet for $8,000. Making it one of the most expensive fish in the world, like the Neptune grouper it can only be found at incredible depths native to the indo-pacific ocean this gorgeous swimmer has only been on the market since 2011.

It was first discovered by marine biologist and explorer Pauli in 1860. Since then it’s confused biologists who have found it difficult to classify its species correctly, because so few of them have ever been caught. The fish itself is literally stunning in appearance, some have described it as the ultimate goldfish.

The golden basslets scales are so bright they can actually harm your retina, while we all know not to stare directly at the Sun for a long period of time, the same rule however applies to this extraordinary fish. 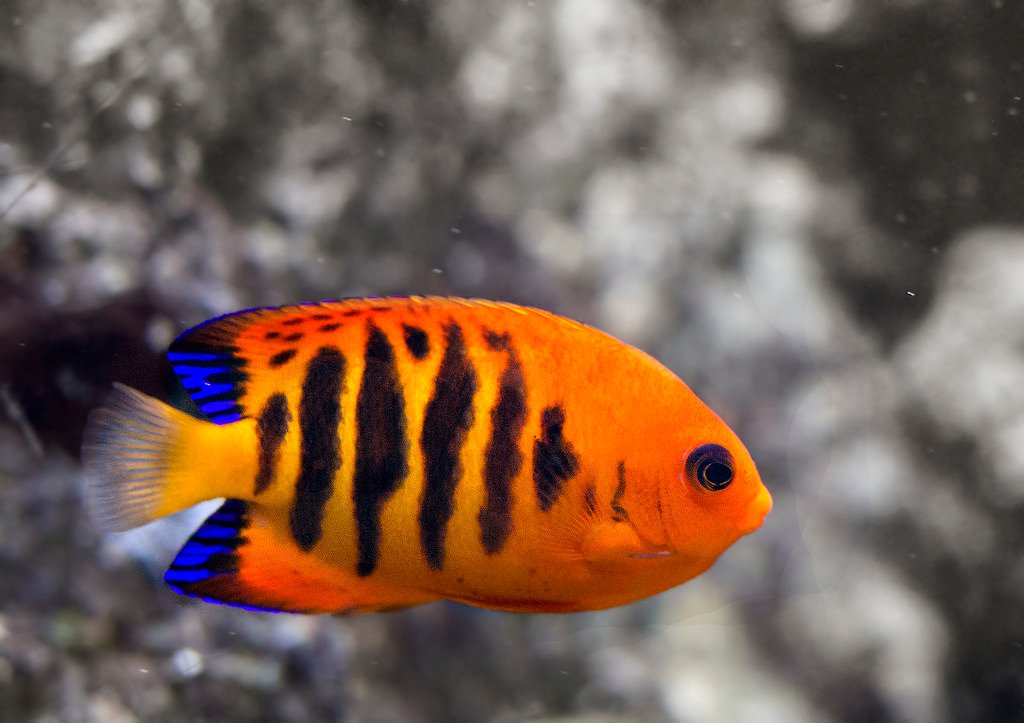 Clarion angel fish sold for $7,000 per fish. This beautiful orange and brown fish is native to Mexico almost its entire wild population can be found around the Roff the Pacific coast of Mexico.

They do not migrate and swim very slowly, as a result they’ve been over fished by local fishermen hoping to make a quick buck for the last few decades. Now their numbers have depleted to dangerously low levels and regulations have come into place to protect them, it’s now completely illegal to catch any Clarion angel fish from their natural habitat.

As a result only those that are already in circulation on the buyers market are legally available for purchase. It’s estimated, there are less than 1,000 of them in aquariums around the world in such a way. The Clarion angelfish rarely comes onto the market anymore and the last time it did, it’s sold almost instantly for $7,000.

If you’re lucky enough to acquire one then they are relatively easy to look after for, their diet doesn’t have any specific requirements and as they are not migratory fish the tank only needs to be set at the one temperature all year round. Nonetheless a healthy Clarion angel fish has become a huge asset in recent times. 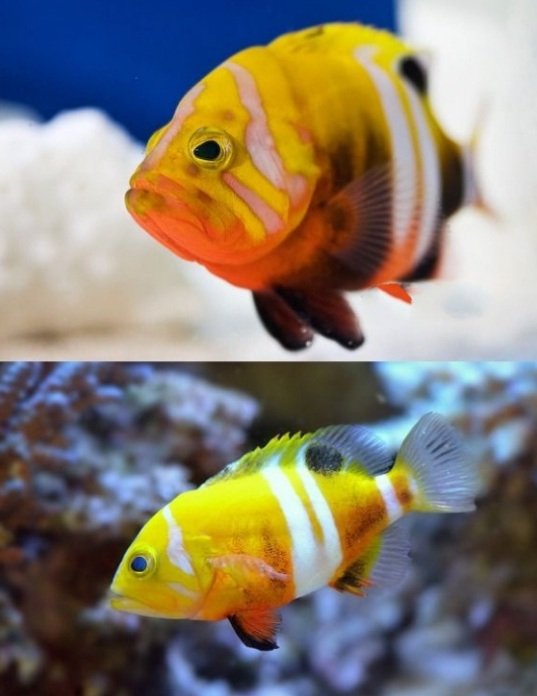 This is the main reason that it’s being sold for as much as six thousand dollars before. Since the fish naturally lives so deep in the ocean its body is used to the high level of pressure experienced. taking the fish out of this environment will kill it. As a result the only way of getting a live Neptune grouper into a fish tank in one home, is by using specially designed compression tanks to capture transport and house it.

Conversely a dead Neptune grouper will sell for less than $50 and can often appear in Japanese Street food as a tasty treat.

How To Stay Healthy Whilst Moving

Why You Want To Include Of Close Up Of Your Nails On Your Save The Date Cards?

10 Pull-up Mistakes That Hamper Your Back Growth

5 Yogasanas to Get Relief From Menstrual Cramps

10 Exercises to Strengthen the Hip Muscles to Relieve Pain